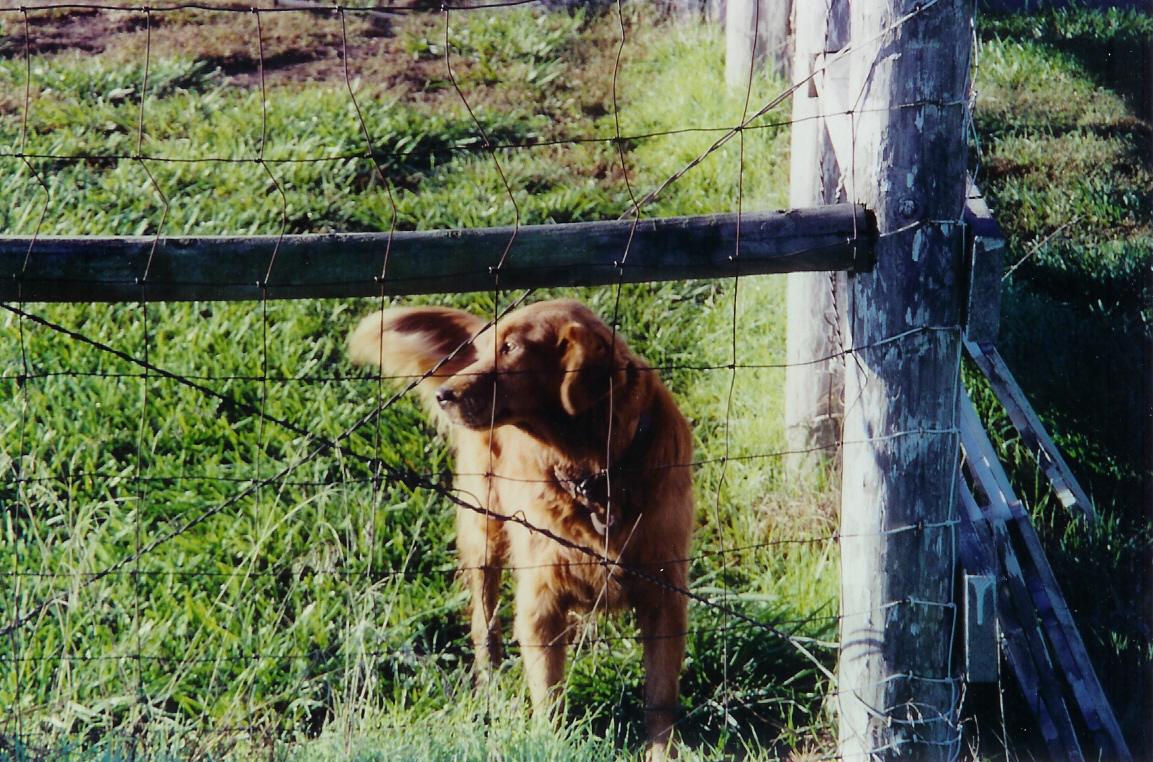 A Tribute to Molly

If anyone ever tells you that Golden Retrievers are not the best dogs in the world, don't believe it.  I first saw Molly at a party in the fall of 1996.  She was about 7 months old and just beautiful.  She was very expressive and well behaved.  I have never offered to buy a dog from someone, but I did that night.  I told her owners that  I would be glad to take her home, and pay them whatever they thought fair.  They didn't bite.  But they called a few days later and offered her (for free!) to me and my girlfriend at the time, Marcia.  Marcia gladly accepted.  The owners didn't want to take any money for her, but Marcia made them take $35.00.  That was the best $35.00 ever spent.  For that measly amount, Molly provided 14 long years of love and devotion and tons of smiles.

Molly's first day at the Knoll house was a rough one.  It was a very warm, fall day that October 22, 1996.  Late in the afternoon, a thunderstrom was brewing.  It broke loose, with tons of lightning, rain & hail.  Then the temperature dropped suddenly.  Pretty soon the rain turned to thundersnow.  Big, huge flakes of snow, coming down fast.  All the leaves were still on the trees.  It didn't take very long for the heavy snow to knock down a huge branch off an Elm tree growing over the dog pen.  By the time I got home from work, the power was out.   I looked out back and saw the huge branch hanging over the dog pen.  It dented the chain link fence rail, and landed right on top of the dog house.  Molly was inside scared to death, and her new companion Phoebe was nervously pacing around the pen.  They both came inside for the night, and settled down after a few hours.  I think we received about 12" of snow that day.

Molly soon settled in to life at the Knoll house.  She and Phoebe had a great time pushing their stainless steel dog bowls up and down the pen as a game, and they got along famously.

Molly moved to the country with me in 2000.  The new place had a pond, and she absolutely loved it!  She would track around the pond looking for frogs.  I don't think she ever caught any, but that never detered her.  She would spend hours tracking around the pond, sticking her face in the water (if we had sufficient rain), or the mud (if the rain was insufficient), scaring up the frogs.  It became known as "wogging," and Molly was the Molly wogger.  We would look out back and wonder where Molly was, but would then catch a glimpse of her tail straight in the air wagging back and forth, and know that she was happily wogging.  We had to start shaving her in the summer to be able to easly wash all the mud off of her.  She didn't like the annual spring haircut, but she was very gentle and patient as I hacked up her beautiful golden coat with the clippers.  We would joke with her for weeks after, saying "who cut your hair?"

Another of Molly's endearing qualities was the "happy Molly dance."  After a long day away at work, Molly would greet you at the door and was so excited to see you, she would dance, prance, and wag her tail furiously.  Sometimes she got so excited she would lift all four feet off the floor.  No matter how bad your day sucked, a greeting like that had to lift your spirits and make you forget whatever troubled you.  Then Molly would insist that you pet her until your hands cramped up.  She was a lover. 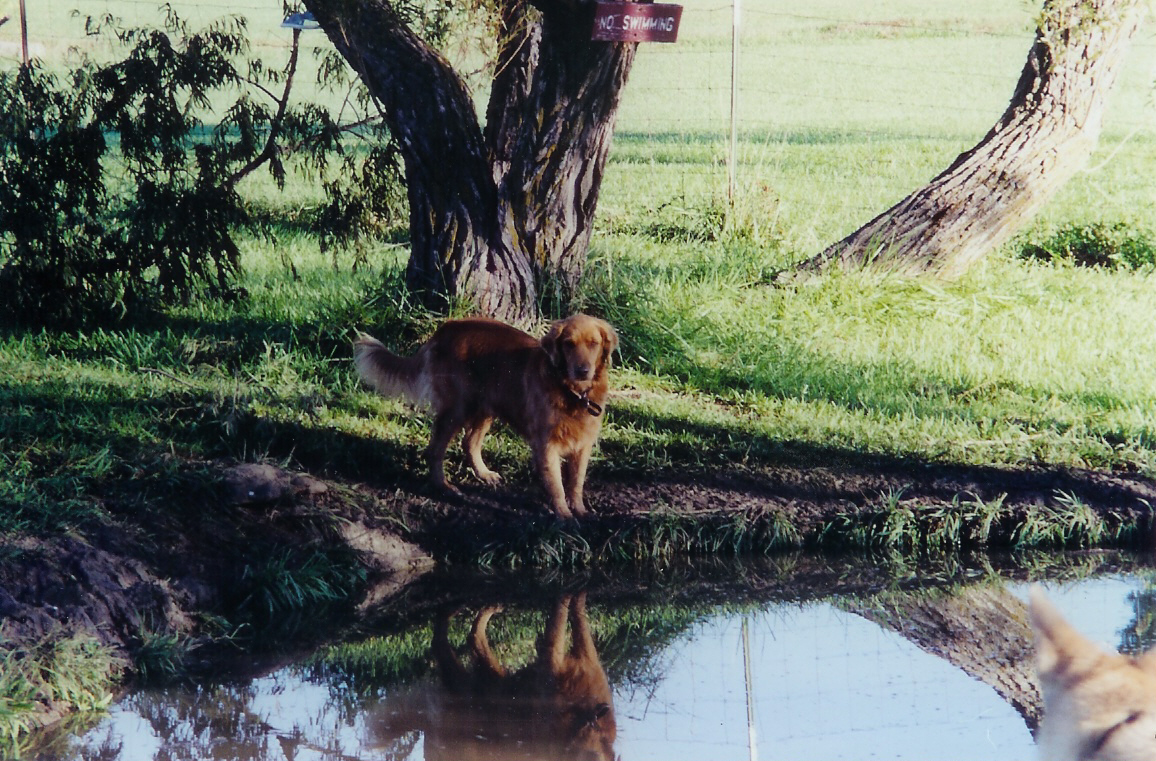 In 2004, Molly got very sick and we thought she was a goner.  My girlfriend at the time, Kim (now my loving wife) took Molly to the vet and they ran tests.  They said she had a large tumor in her belly and there was nothing they could do for her.  X-rays showed the large tumor.  They suggested we take her home and make her as comfortable as possible.  Kim and I took her out to the pond for what we thought might be her last wogging session.   Molly tried wogging hard, but you could tell she didn't feel well at all.  We thought she was ready to leave us.  This day became known as the "day of the great sorrows."  We were devastated thinking she would die soon or we would have to put her down.  Kim fed her by hand to keep her strength up, and I started reading about her symptoms on the internet.  It sounded like a severe ear infection that would clear up within a week.  It did!  We changed vets soon therafter.  Molly bounced back and had many more good wogging days. 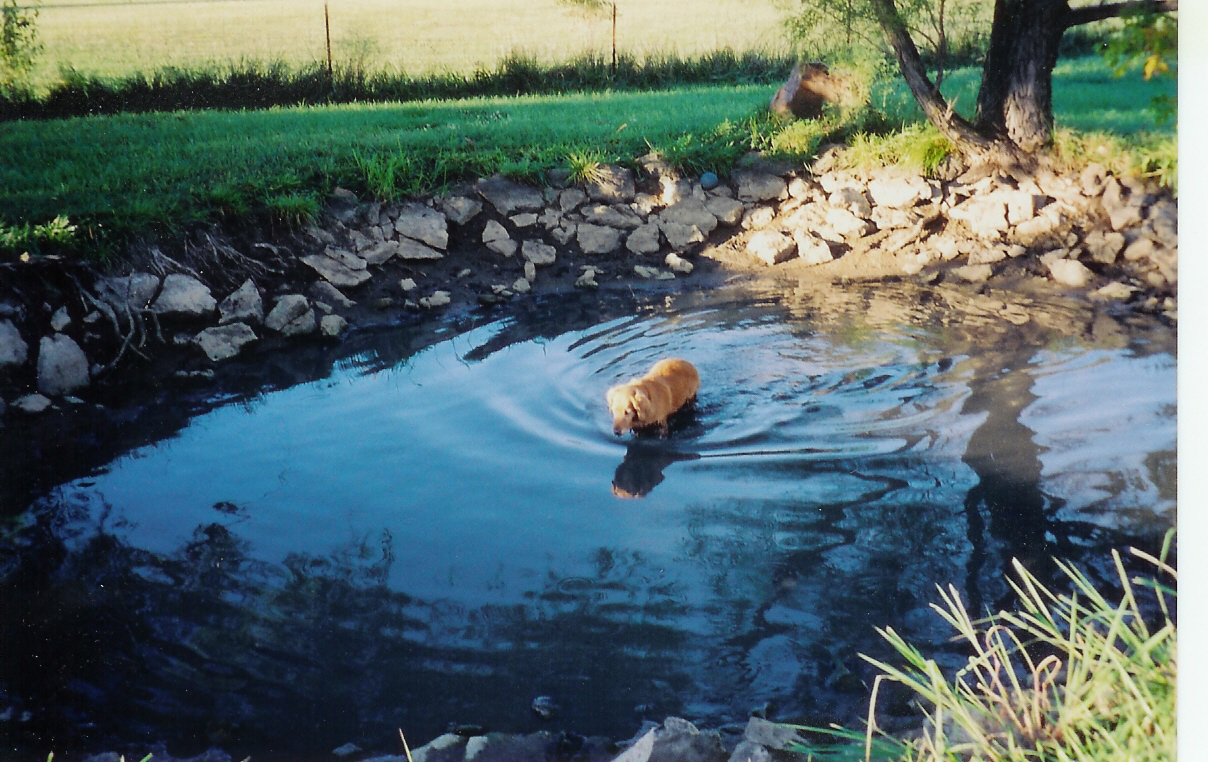 Funny thing about Molly.  She never barked, with a couple of exceptions.  She stayed with my then-girlfreind Kim one night at her apartment when I was out of town.  Molly woke Kim up barking in the middle of the night.  It scared Kim because she had never heard Molly bark before.  Turns out that someone was breaking in to the apartment below and Molly was trying to warn folks.  In her later years when dementia started to set in, Molly would bark when she needed help getting up, or sometimes for no apparent reason.


She slowed down over the next few years, and eventually succumbed to old age.  But not before providing us with many laughs and tons of love.  Bless you, Molly.  Say hello to Ace, Phoebe, Sally and Willy for us. 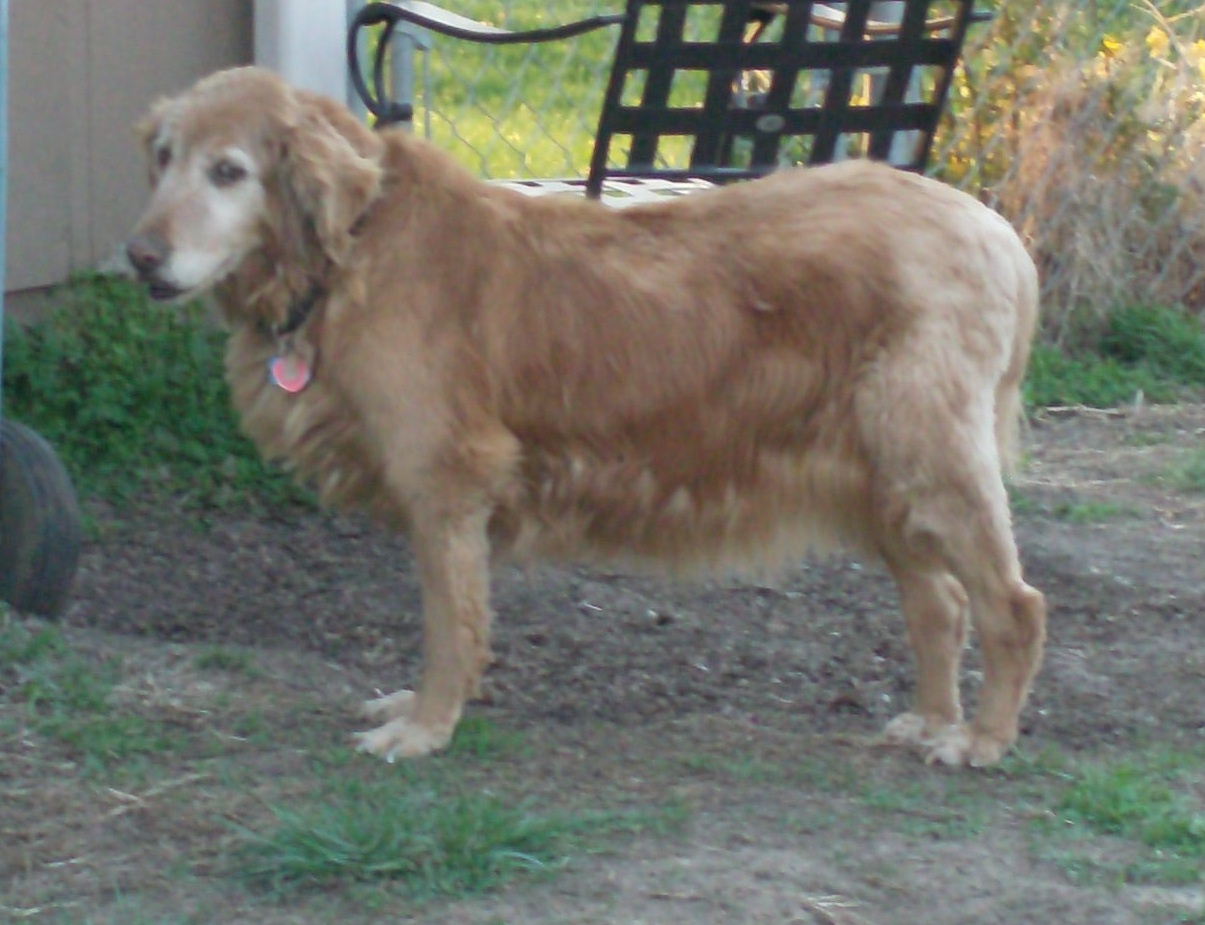