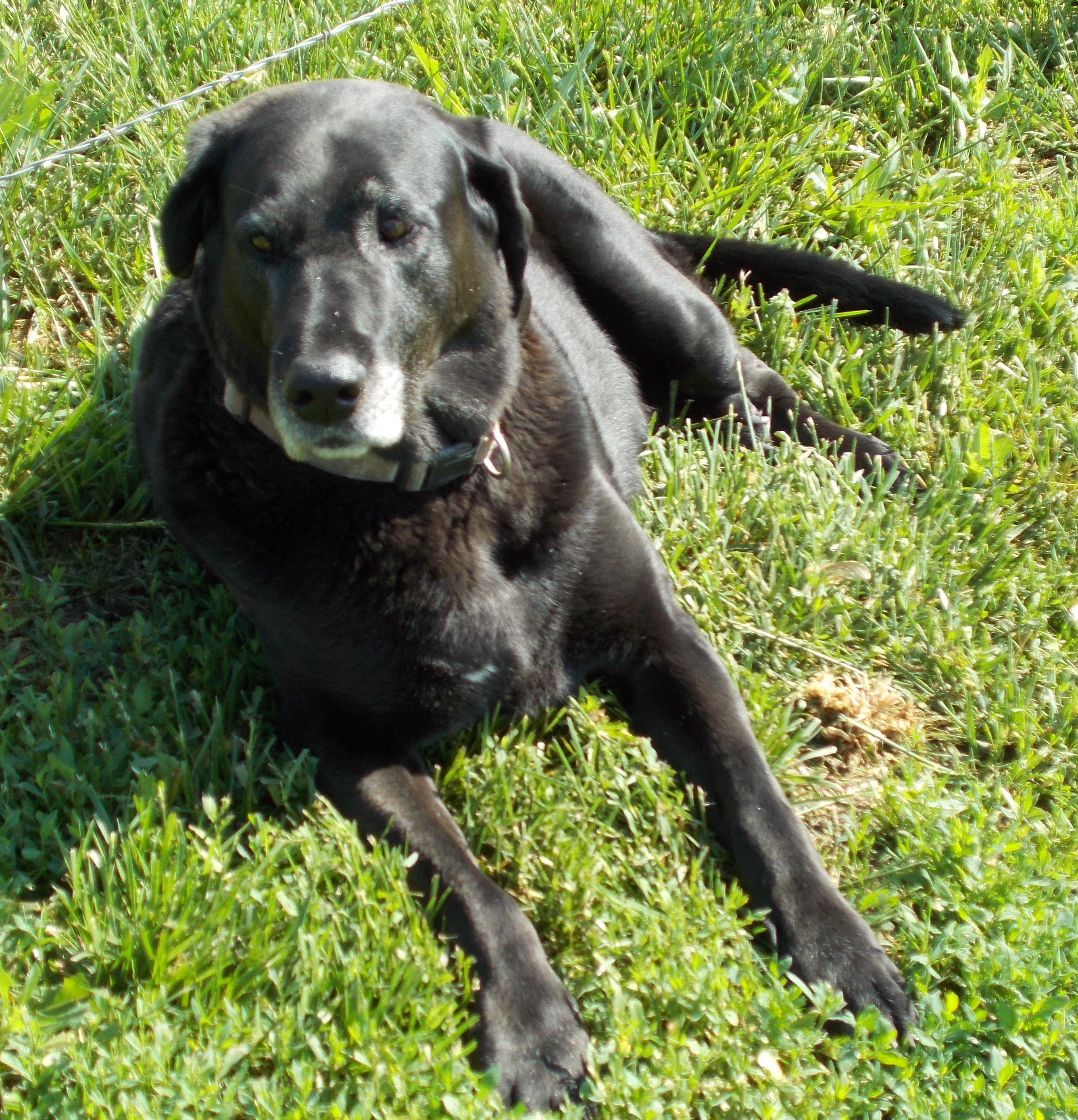 In 2009, a coworker asked if I could take on another dog. He explained that his son and daughter–in-law had a Labrador and Coonhound mix that was growling and showing his teeth to their newborn child, so the dog needed to find a new place to live. I went to visit him and saw a large, tall, black dog with floppy coonhound ears running around their backyard and barking at everything in sight. It wasn't just a normal bark; it was a bark accompanied by Coonhound baying - loud and soulful. After chasing off whatever needed to be chased, Flash sauntered over to me and licked my face a few times. I knew we would be fast friends. I told Flash's owners that we would take him, and that I would be back the next night to pick him up.

Flash came to live at the Knoll house on February 13, 2009. As I recall, after I put him in the back seat for the sixty mile journey home, he barked very loudly most of the way. I think I was near deaf by the time we arrived home. Flash seemed glad to get out of the car, and I know I was.

We didn’t know much about Flash’s history at that point, but I received his file from the prior owners shortly after taking possession of him. They adopted Flash from a shelter in November 2003, and estimated that he was six months old at the time of adoption. 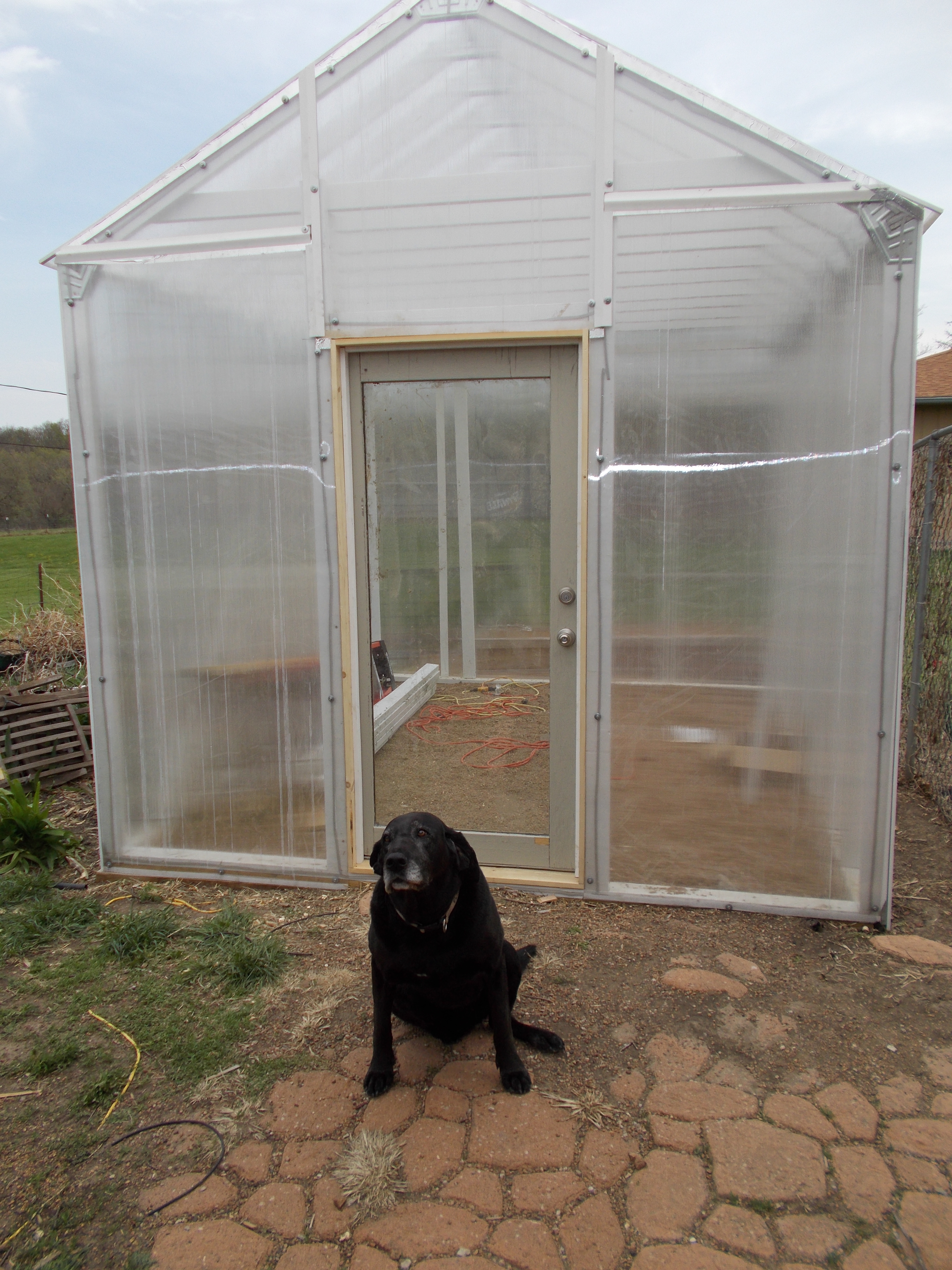 Flash had a few adjustment problems fitting in to the Knoll pack. I guess he figured that since he was the biggest and the loudest, he should be the leader of the pack as well. The Pit Bull, River, didn’t quite see it that way, and did not like another male dog intruding on his turf. It took a while to get to where they could be in the same room together. But after a while they got along ok, and even played together. But later Flash sometimes got aggressive towards the Pit Bull, and regretted it when the Pit Bull would finish the fight that Flash started. After a couple of fights, they had to be permanently separated. Kim spent a bunch of time playing musical dogs and keeping the two away from each other.

Flash never was too bright. He liked to run around the back yard chasing birds, but he would start barking from the moment he saw them, so of course they were long gone by the time he got there. He also liked swimming in the pond. On warm, Summer days he would be in and out of the pond all day. Continuing what seems to be a Knoll dog tradition, Flash liked to follow the mower around the back yard, and spent endless hours following Kim around. In his later years, his right rear hip and leg seemed to be bothering him, so it got to the point that he couldn’t follow the mower around anymore. Kim took him to the vet, and they determined that he had a broken hip as a pup, probably from someone kicking him either before his shelter days or during his shelter days. That made it tough for him to get up during his later years. But Kim got Flash stem cell treatments, which worked wonders for him until he slowed down to the point his leg muscles atrophied so much that he did not have much strengh in his rear legs. Toward the end, he also suffered from dementia and would walk into the corners of the room and stand there looking confused. His bad wheels and dementia got to be too much, and we had to put him down. But we had the pleasure of loving him for six of his 12-odd years (which is pretty old for a big dog like him), and hope we provided a good home to him. Thank you Emily and Ben for sharing Flash with us. We miss you, Flashy old buddy! 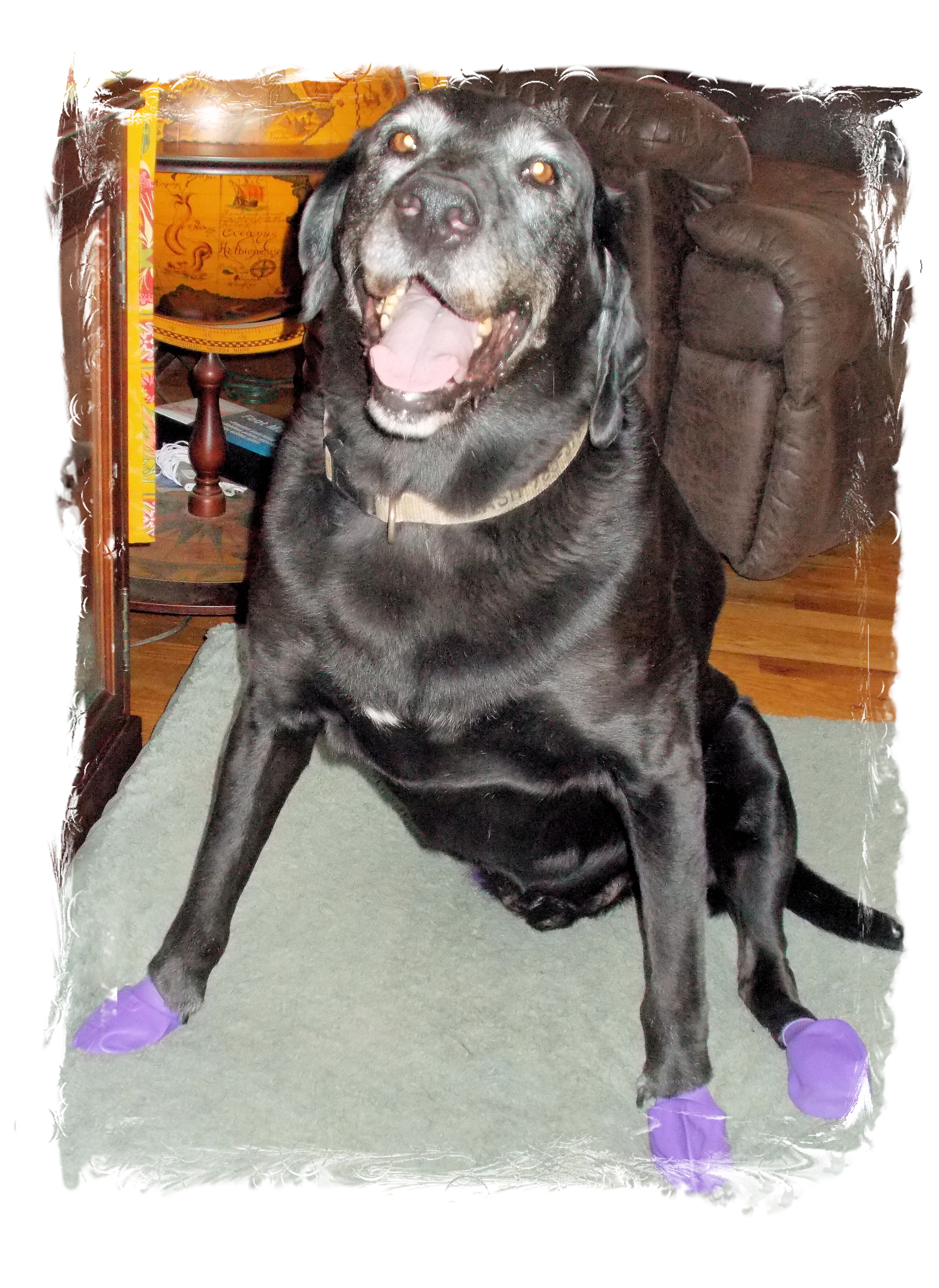